Should You Use a Pen Name? Below are some considerations on the use of a pen name. To clarify, a pen name is a fictitious name.

Do You Care about Being Identified by Gender?

For women, this was a big issue in earlier times. Overall, female authors felt that they wouldn’t be taken as seriously as men. All of the Bronte sisters—Charlotte, Emily, and Anne—used male pseudonyms. So did Karen Blixen, who became Isak Dinesen.

In more recent times, the choice of literary genre may determine whether a woman author chooses a male writing name. J. K. (Joanne) Rowling is the most famous of these. With Harry Potter as her main character, she worried that boys wouldn’t want to read a book written by a woman. She now writes her crime thriller series under the name Robert Galbraith.

While this is more an issue for fiction writers than for non-fiction writers, highly technical work might get a pass, at least from men, if the author were female.

For Those Who Write in Different Genres

J. K. Rowling’s decision to create a distinctly male name for her latest series, which is very different from the Harry Potter series, brings up this question. A number of authors do this if they write in two or more different genres.

Salvatore Lombino became “Evan Hunter” as the author of serious novels, such as The Blackboard Jungle. For police procedurals, he used the name, “Ed McBain.”

Someone who wrote both fiction and nonfiction might choose different pen names for each. 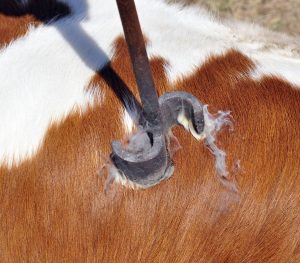 The Question of Branding

Choosing different names for different kinds of writing raises this issue. If you do write in different areas, you will need to promote more than one brand.

In addition, the choice of name, even if you only need one pen name, deserves some attention.

Some authors, intentionally or not, have created memorable names. Theodore Geisel, after a major infraction at Dartmouth College, where he was a student, had to use a new name to write for the college magazine. “Dr.” honored his father’s dream that he would get a Ph.D., and “Geisel” was his mother’s maiden name. Though he may not have planned this, “Dr. Seuss” is an iconic name.

Some people have very common names. “John Jones” could belong to a number of authors and would be hard to brand.

In contrast, some people have notorious names. If you were named Charles Manson, it’s unlikely that you would want to write under that name. It’s already branded in a very unfortunate way.

If writers are choosing controversial subjects and fear backlash or damage to their professional reputations, they may choose pseudonyms. In these contentious times, this decision makes sense.

Drawbacks of a pen name

Obviously, if an author becomes very popular, the truth will come out. This seems not to have harmed J. K. Rowling at all, nor Dr. Seuss. Because the names have come to represent brands, though, it would make no sense to revert to the original names.

In the case of lesser-known authors, if you want the Copyright Office to have your legal name, readers can look it up. You may leave your real name off the record, but you’ll have trouble proving ownership of your work.

You might also have some complexities in terms of bank accounts, etc., but these can be handled.

Consider, though, your ego. Do you really want people not to know who wrote the book on which you spent so much time and gives you much pride? Spend some time with this question.

Some authors think that a pen name gives them license to avoid paying taxes, a chance to anonymously attack people they don’t like, and other illegal or disagreeable activities.

If you decide to use a pen name, remember that it is not 100% protected. In other words, don’t do anything under your pen name that you wouldn’t do with your real one.

Pat Iyer is an editor, author, book coach and ghostwriter who helps individuals create books that encourages their expertise to shine and advances their businesses. She has written or edited 49 of her own books.